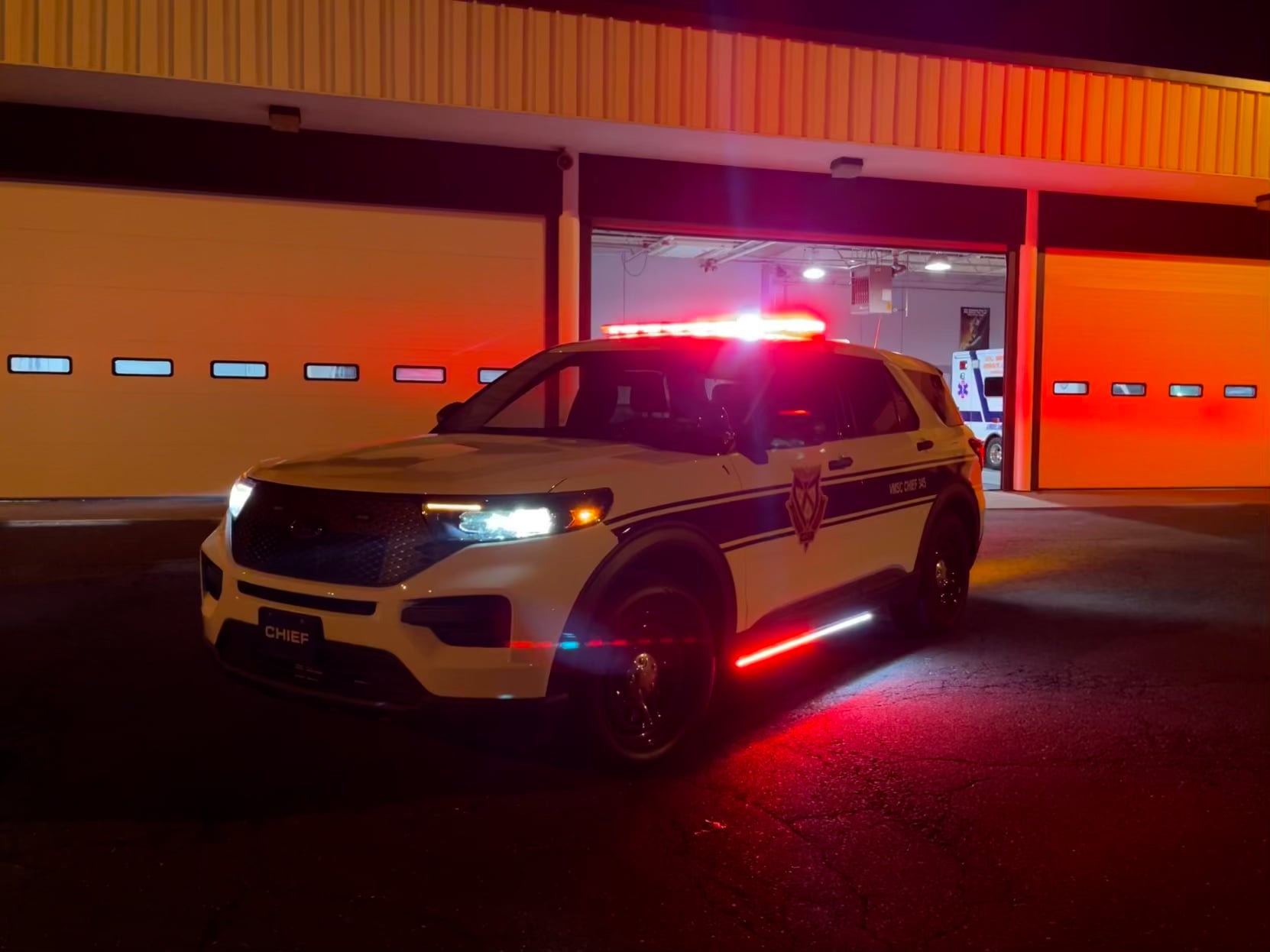 VMSC is a non-profit EMS agency serving the North Penn area of Montgomery County, Pennsylvania. Operating from three stations, VMSC is a 911 only transport system, with an annual call volume of 7,500 responses. We currently have EMT, A-EMT, and Paramedic openings.

VMSC has state-of-the-art equipment, including Stryker Power Load Systems, LIFEPAK 15s, LUCAS2, a modern fleet of ambulances, and is under the direction of a new career Paramedic Chief.

Plus - check out our opportunities to be a part of VMSC's Tactical EMS team in conjunction with local SWAT or our K9 SAR team.

If you are a highly motivated EMT who pays attention to detail and wants to become part of a growing, well-established EMS team, then look no further! At VMSC, you will be welcomed into a team of emergency service professionals that will help you grow as a provider. As a healthcare professional, we value your knowledge and training, and we want to provide you with a great environment to apply your skills. By joining our team, you will have top-of-the-line equipment, the opportunity to progress your education, and an excellent benefits package.

*Must have National Registry or PA EMT certification.

As an Advanced Emergency Medical Technician, you have taken steps to advance your career as a pre-hospital care provider. Are you looking for more? Do you want to respond to emergencies with a growing organization and continue your education? Then VMSC is the place for you. Come and grow with us! We are looking for team members to share our vision of growth and the will to succeed with us!

Must have National Registry or PA EMT certification.

You've mastered your training and worked hard to achieve paramedic status; now it's time to put your skills to work at a progressive 911 only EMS System. VMSC, through new collaborations with JeffSTAT and Jefferson-Einstein EMS and Disaster Management, has committed to an aggressive training and clinical care program to achieve clinical superiority. If you seek a system that will challenge your skills and where you can truly make a difference in patient outcomes, then look no further VMSC has a place for you!

*Must have National Registry or PA EMT certification.

UPPER GWYNEDD — It’s only been a month or so since Shane Wheeler assumed the role of the first full-time paid chief of the Volunteer Medical Service Corps of Lansdale.

But it’s been a big month.

The board of directors recently unanimously approved Wheeler’s plan that will see the department modernized through a variety of measures.

The plan he said has been the culmination of what he has seen and heard since taking over the department on Jan. 3.

“Over the past few weeks, I have taken in the stories, the opinions, the criticism, the hope, the fears, and the facts,” Wheeler said. “What I have discovered are possibility and opportunity.”

He said he sees challenges in the department, but by working together the VMSC can continue fulfilling its mission and serve the region well.

“I seek concert for a shared success that can be realized built upon the foundation left behind by our founder and those who came before us,” Wheeler said. “I lay out a strategy rooted in kindness and generosity and nourished by our commitment to our communities.”

“With a commitment to improving the lives of our teams our board approved a one million dollar increase in salaries,” Wheeler said.

VMSC pay rates are now among some of the highest in the country, with emergency medical technicians starting at $25 per hour, advanced-EMTs starting at $27 per hour, and paramedics starting at $31 per hour, with the hopes of attracting top quality candidates to serve the NorthPenn community.

Wheeler said he hopes the increase is fruitful as the department looks for more talented individuals to fill their ranks.

Currently, the company is doing a large hiring process for EMTs, A-EMTs, and paramedics, with leadership roles also available.

“We are needing to hire about 24 people,” said administrative manager Bryson Schroeder. “We are looking for the best and brightest across the U.S. to fill these positions.”

Open positions can be seen at VMSCcareers.com.

On the technology front, Wheeler said the plan will address hiccups currently in the organization.

Organization communications, he hopes, will also benefit from a change from an organizational framework that would move VMSC from a volunteer appointment model to a career advancement model.

“The reorganization of the continuity of command, and the proportionate distribution of work will allow for timely and accurate outcomes,” Wheeler said.

The structure makes clear career and volunteer departments and provides a distinct chain of command, he said.

He also wants to make sure his employees can benefit from continued education, in order to best serve the needs of the region.

“To achieve mastery, we must invest in education,” Wheeler said. “In what is believed to be the first of its kind in the area, I am pleased to announce that the board has approved a training collaborative between VMSC and JeffSTAT EMS Training.”

The deal will see JeffSTAT deliver 624 hours of continuing education, including ACLS, PALS, ATLS, ABLS, ASLS, and an immediate focus on pre-hospital airway management, to the VMSC staff over the next 12 months.

In that time Wheeler also plans to create a satellite training center at VMSC to conduct initial certification courses for EMTs and advanced-EMTs.

“I believe that these changes and others will significantly improve our services to the North Penn area,” Wheeler said. “My staff and I look forward to working to transform the VMSC into a leader in emergency medical services.”

“The minute that I first came here to the North Penn area, I was super impressed. The communities are well-organized, the people are so welcoming,” Wheeler said.

Questions? get in touch